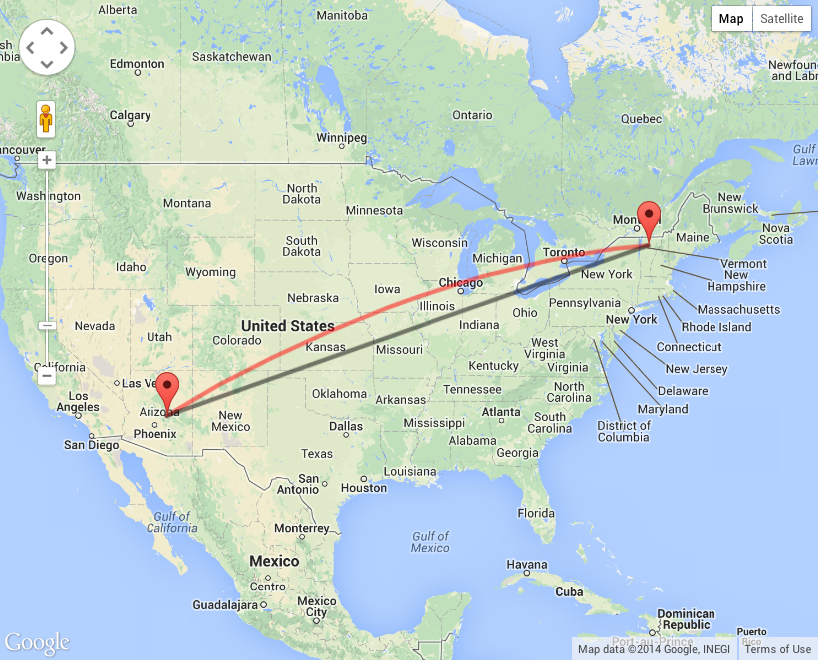 Vermonters for Criminal Justice Reform’s Suzi Wizowaty joined VT Dept. of Corrections Commissioner Andy Pallito for an excellent talk on Vermont Public Radio about the use of out-of-state prison transfers to reduce prison overcrowding, and the impact it has on inmates, their communities and mass incarceration.

Vermont currently sends over 500 prisoners to private facilities run by Corrections Corp. of America as far away as Kentucky (approx. 765 miles away) and Arizona (approx. 2,162 miles away). But the evidence suggests that these transfers can be devastating to prisoners, who experience further isolation and find it more difficult to maintain meaningful contact with their communities.

Some might rightfully ask that, if advocates oppose a state’s plans to send prisoners elsewhere to reduce overcrowding, does that mean we need to build more prisons at home? Where will all those prisoners be ‘kept?’ Wizowaty avoids this trap and makes clear she does not advocate new facilities. Indeed, the solution to overcrowding is not to send prisoners out of state or build more prisons, but to focus on means of actually reducing the number of people the state imprisons, returning them society. But under this policy of exile, prisoners, families and communities lose, and the prison industrial complex wins.

A 2013 study by Grassroots Leadership estimated that there were over 10,500 prisoners who had been transferred to private prisons out of state, sometimes up to 3,000 miles away. Prisoners have no say in the matter, except in rare instances where the court has intervened.

This experience of being locked up far away can be extremely jarring for inmates. The distance can make the possibility of in-person visitation virtually nonexistent. Visitation rules are also different at private prisons, which further restrict prisoners’ access to the outside world. Prisoners therefor undergo social isolation that does not reduce their likelihood of recidivism.

According to a report by the Center on Juvenile & Criminal Justice:

Interstate transfer virtually eliminates visitation by family members; exacerbated when private prisons are involved as they are not held to the same visitation and rehabilitation standards as the sending state. For example, an Alaskan court in 2000 found that a prisoner’s constitutional rights were at risk when an Alaskan inmate was transferred to a CCA facility in Arizona.

The court reasoned that housing Alaska prisoners in private Arizona prisons is an issue of constitutional magnitude because the Alaska Constitution grants prisoners a constitutional right to rehabilitation, of which the right of visitation is a vital component. According to the court, the distance between Alaska and Arizona seriously impedes visitation and, thus, inhibits rehabilitation (Hunter, 2000, pp. 320-321).

Maintaining connection to community support structures is of fundamental importance to an inmate during their incarceration. Studies show that it prevents prisoners from being “socialized to the life of an inmate [and helps transform them into] individuals who have the necessary skills and emotional stability to face up to their responsibilities as citizens, parents and spouses” (Hunter, 2000, p. 339). Moreover, “when prisoners are able to maintain contact with family members during incarceration, they are more likely to sustain their relationships after their release. Further, tensions are less intense within prisons where inmates receive regular visits (see Mushlin, 1993; Brooks & Bahna, 1994).

If the state truly cares about rehabilitating those it has already forcibly confined away from homes and communities, it does them no good to send the individual thousands of miles away, increasing that distance and isolation. If prisoners don’t benefit from prison transfers, who does?

GREAT DEAL FOR THE PRIVATE SECTOR

Prison transfers might be incredibly disruptive to prisoners and their communities, but they are a heck of a money making deal for the private sector.

Private prison contractors make money simply by keeping their prisons full and charging governments per inmate, per day rates. For example, Arizona paid CCA $65.43 per-inmate, per-day in 2012, and the top industry players rake in billions of dollars in profits each year.

More money is more power, and private prisons are becoming an increasingly influential faction in American politics. Their campaign contributions to government officials who support and/or make investments in mass incarceration ensures an endless cycle of more prison contracts and more prisoners. Out-of-state transfers are just one way for private facilities to fill their beds and make more money.

Not to be deterred, the telecoms are expected to apply their high fees to other modes of communication that have yet to be regulated by the FCC, like video conferences and email.

Unfairly absent from this conversation are those prisoners who face the most extreme removal from their families and communities: immigrant prisoners.

I’m not one to compare one terrible, immoral situation with another; I don’t think it’s constructive for any purpose. I think that regardless of who you are, where you’re from or what you did, the idea of imprisonment represents a moment in history from which we should quickly move on. We can and should find better / actual / serious ways to help people rather than locking them in concrete boxes.

But it’s worth noting that there are over 25,000 immigrant prisoners at more than 13 private facilities across the country. On top of the misery of being so far from home, the ACLU found evidence of abuse and inhuman living conditions at several of these immigrant prisons, including rat and insect infestations, inadequate medical care, violence and even-higher phone call fees.

According to Terri Burke, executive director of the ACLU of Texas, noted, “Every year we lock away tens of thousands of immigrants simply for unlawfully crossing the border. Why waste hundreds of millions in taxpayer dollars on inhumane prisons when we could use civil proceedings to process these cases? The CAR prisons come with a moral and economic price tag we can’t afford.”

Rather than seriously confronting prison overcrowding and the policies that contribute to it, federal and state governments are instead amplifying problems for prisoners and their communities by imprisoning them far from home, impeding their rehabilitation, increasing their likelihood of recidivism, and empowering the private prison industry.

Rehabilitation and re-entry into society might be the stated goal of our nation’s prisons, private or public. But it’s completely inconsistent with the current policy of out-of-state prisoner transfers.