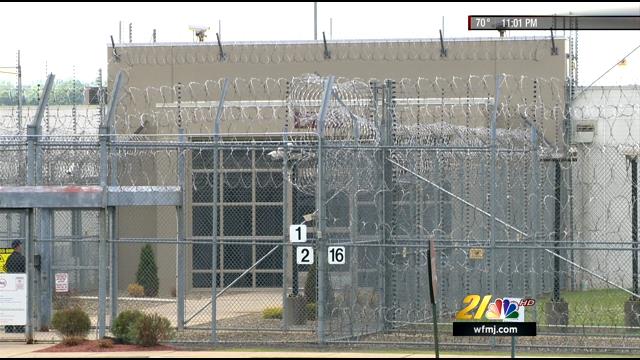 The Youngstown Vindicator has more details on the August 12th inmate protest at the Northeast Ohio Correctional Center — a for-profit immigrant prison operated by Corrections Corporation of America.

CCA had originally claimed it was a minor incident involving a few prisoners complaining about food and living conditions. But according to the Vindicator, which based their story off an incident report provided by CCA, this was a 14-hour peaceful protest by mostly Dominican prisoners about many more grievances. Around 250 prisoners refused to return to their cells.

The demonstration ended after militarized corrections officials began threatening violence, at which point the protesters relented, volunteering to return to their cells and speak privately with the warden at a later time.

Initially, prisoners had refused guards’ orders to disperse, demanding the warden meet with them in the yard. Without missing a beat, prison officials began threatening violence in response to prisoner speech: “Immediately, a two-staff member cover group was posted on the administration building with a roof chemical munitions bag,” presumably holding tear gas and other ‘non-lethal’ munitions designed to disperse the protesters.

The warden eventually came to the yard a few hours later and was given a list of concerns. This list illustrates the myriad problems inmates face at private facilities:

“The list of concerns were related to food, commissary prices, laundry/frequency of clothing exchange, recreation hours/equipment, library schedule, medical care and respect from staff (a specific correctional supervisor was named),” according to the report.

The warden refused to negotiate in the yard, and inmates refused to leave until “the warden agreed not to lock up their spokesperson and to release an inmate who had been placed in special housing earlier in the day.” It is unclear why that inmate had been moved to solitary and whether it had to do with the protest or the inmates’ concerns.

The warden told protesters that “releasing the inmate from segregation was not negotiable.” Inmates continued their demonstration until a “facility command center was activated at about 5:15 p.m.”

Despite instructions in English and Spanish to clear the yard, only four inmates complied.

“When the inmates were given a last chance opportunity to exit the recreation yard, an inmate spokesperson approached the exit door and requested to speak with the warden,” the report reads. “When the warden went to the yard at 2:15 a.m., the inmates indicated they wanted to voluntarily and peacefully return to their cells with the agreement the warden would meet with them later in the day. The warden agreed.”

No violence occurred, and the community wasn’t in danger at any time, the report says.

So a peaceful protest against the mistreatment of brown people was met with chemical munitions, threats of violence by militarized security personnel and no promise of change or accountability. Sound familiar? The warden could have listened to the protesters’ concerns and likely ended the demonstration right then and there. Instead he demanded subservience and opted to increase the tension by threatening violence against a peaceful assembly.

The truth is that what happened inside the walls at NEOCC is not all that different than what’s going down right now on the streets of Ferguson, MO. People of color are made to suffer every day in America under an authoritarian regime of white supremacy that does not value their lives or believe they deserve a shred of dignity. When their free speech threatens that regime, those speaking out are met with violence.

Missouri police didn’t want the press in Ferguson either. That’s why they threatened, brutalized and arrested community members peaceably assembling in the streets to speak out against their living conditions, and the journalists there to cover them.

I have to imagine warden Mike Pugh decided not to alert the city or press about the demonstration for similar reasons. He does not want his treatment of prisoners to be challenged, especially while the government considers renewing CCA’s Youngstown contract this coming spring.

We need more information on what’s going on at Youngstown, and it remains to be seen whether CCA will actually investigate conditions. I would like to see the actual list of concerns, and I’d like to know more about the correction officer named in their list as well as the inmate who was placed in segregation. Hopefully there will be a serious outside investigation, perhaps waged by Rep. Hagan, that will shed more light on the situation at NEOCC.