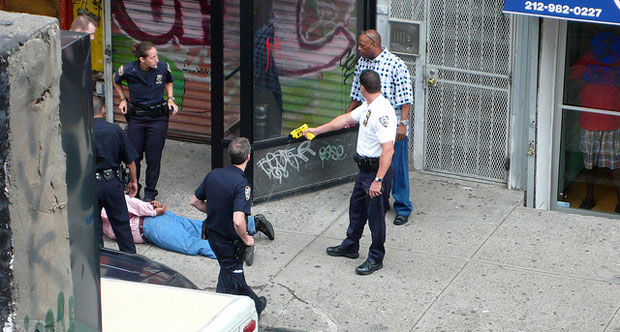 McKinsey & Co., which is “mostly known for helping Fortune 500 and other large companies” and has reportedly “little if any experience” working with prisons, has signed a 12-month, $1.7 million contract with the city.

Despite these circumstances, I suppose it’s possible McKinsey consultants can break through to Rikers guards, who “often respond to even minor slights from inmates with overwhelming force” and “have been accused of smuggling in drugs, alcohol and sometimes weapons and selling them to inmates.” Maybe they can soften correction officials who have been “described as adhering to a “powerful code of silence” when it comes to problems like brutality and corruption.”

But, as Barry Ritholtz pointed out a few years ago, there is reason to approach McKinsey’s management wisdom with caution:

McKinsey, the global consulting firm, has created dubious strategies for all manners of companies ranging from Enron to General Electric. Indeed, where ever there has been a financial disaster in the world, if you look around, somewhere in the background, McKinsey & Co. is nearby.

Yes, you read that right. Enron’s former consulting firm is going to take on reform at Rikers Island. I’m sure there’s a punchline in there somewhere. Or maybe about how McKinsey’s former executive Rajat Gupta spent two years in prison (lucky for him, not at Rikers, but a federal institution in Massachusetts) for insider trading on the board of Goldman Sachs.

This announcement is still better than the boatload of nothing that has been planned for the prison up until now. It isn’t completely off target and there’s at least some kind of window for change being opened up. I do think there is an immense need for an investigation into how guards are selected, trained and allowed to behave at Rikers, ESPECIALLY with regards to juvenile and mentally ill inmates, many of whom probably should have been diverted from the prison in the first place.

But I don’t think McKinsey will be Rikers Island’s saving grace. The problems go well beyond personnel. They even go beyond the crumbling buildings, the massive influx of mentally ill prisoners and the unspeakable violence they endure.

To me, New York City’s prison problem is part of a larger struggle with racial justice, and the way this is being handled is dismissive and feels to me like an effort to make it go away. There is a deep and painful record of violent and racist law enforcement in New York City that continues to this day, and prison populations and conditions are all a part of that. How else do you end up with about 92% black or hispanic inmates at Rikers?

Just as Michael Brown’s killing at the hands of a white police officer in Missouri wasn’t an isolated incident, neither are the conditions at Rikers. And they can’t be easily dealt with by simply scolding and re-training personnel like old dogs with new tricks. At a certain point, we’ve got to say no to the endless cycle of investigations and trainings that go on under the banner of ‘reform’ while the violence against people of color continues unabated.

Maybe the white leaders of the city and state’s security apparatus (Governor Cuomo, Mayor de Blasio, NYPD Commissioner Bill Bratton and Jail Commissioner Josephe Ponte) should confront the culture of brutality against non-white communities that exists not just at Rikers, but in classrooms, workplaces and neighborhoods across the 5 boroughs.

Anything less than a serious reckoning would be a window dressing for the racial injustices people face daily in New York. We cannot settle for simply making racist institutions a little more comfortable and better managed. Rikers doesn’t need to become a better place so much as we need to reduce the city’s dependence on it altogether.