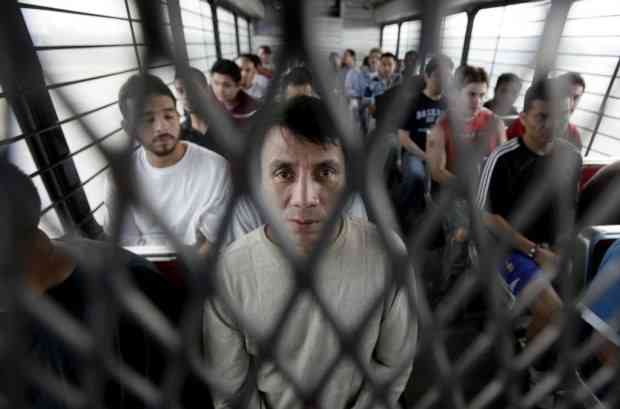 It turns out that transferring prisoners to private institutions in other states doesn’t just enrich the industry and interfere with rehabilitation.

Vermont’s Burlington Free Press reports that private transfers — a policy meant to save the state money and reduce prison overcrowding — are costing taxpayers tens of thousands of dollars a year so corrections staff can attempt to do their jobs from 3,000 miles away.

The Corrections Department also spent $50,000 this year on out-of-state travel for employees to visit out-of-state prisons, including caseworker meetings with inmates. Supervising offenders with transitional housing last year cost an average of $47 a day.

Inmates doing time in Kentucky or Arizona have no access to programming such as sex-offender treatment that inmates in Vermont do. Inmates return to Vermont just before their minimum sentences are up to receive required programming.

A significant cost of sending inmates out of state, however, falls on families, many of whom already are stressed and financially strapped by the problems that put their relatives in prison. The long trip to Kentucky or Arizona is expensive, but so are phone calls and incidentals. Many inmates never have visitors, family members said.

Let’s forget the money for a second. How can caseworkers possibly meet the needs of prisoners when they are unable to regularly monitor their conditions or communicate with them? How can we say we’re incarcerating these individuals to rehabilitate them when they can’t even access their treatment until the very end of their sentence?

Would we trust a child welfare worker from Vermont to adequately manage the daily needs and traumas of kids in Kentucky and Arizona? I think most people would say that doesn’t make sense. But prisoners don’t live in our world, and their de-facto subjugation to the lowest castes of American society does not confer upon them the most basic respect and dignity the rest of us can expect.

Think of all the ways Vermont could have spent $50,000 this year instead of flying correction officials to other states to oversee their exiled prisoners. They could have hired more teachers, or set up more services for homeless and other at-risk populations in the state.

Vermont is basically dealing with the rising costs of mass incarceration by paying for two prisons to manage the same group on inmates. In the process, they’re failing to give inmates the support they need and they’re adding to the already-immense burden that families of the incarcerated face daily.

America’s prison problem cannot be addressed by “out of sight, out of mind” policies like out-of-state private prison transfers.