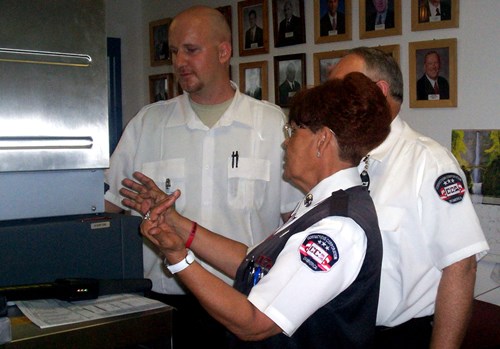 The Department of Labor has ordered private prison giant Corrections Corporation of America to pay $8 million in back wages and benefits to employees at its California City Corrections Center (CCCC) — a federal detention center in California City, CA.

CCA agreed to make the payment — in which many employees will see as much as $30,000 in restitution — but disputed allegations that it had broken the law or violated an agreement with the government and its employees. This comes on the heels of a $260,000 settlement in Kentucky over denied overtime for shift supervisors, and CCA denied any wrongdoing there, too.

Employee mistreatment is but a drop in the ocean of private prison abuse, and this settlement is just one example of what happens at for-profit institutions across the country. CCA’s payout-and-denial, however, begs the question: do private prison corporations care about their workers?

We talk a lot about conditions for prisoners here at Prison Protest, but it should be noted that corrections employees are victims of this system, too. Cost-cutting policies are a double-edged sword of oppression that impact people on both sides of cell bars and prison walls. We’ve documented what that means for the incarcerated and their families, but for employees, it can mean a lack of training, management and personnel support, high turnover, low pay, long hours and denied overtime and benefits. Much of this subjects them to unnecessary violence and trauma, too.

It might seem counterintuitive, but prison workers play an important role in the struggle to abolish prisons. They bare witness to what goes on behind prison walls on a daily basis that the rest of society doesn’t see. They are in a position to blow the whistle on fraud, abuse, waste and mismanagement, and they should be encouraged to do so. Many of them come to this line of work not out of a hatred for prisoners but a genuine desire to help them stay safe and return to society for good.

In some towns, prison jobs are the only jobs available and are an important driver of the local economy. It wouldn’t make sense to vilify prison workers who are doing what they can to survive where they live. Instead, abolitionists should make their case to corrections workers, listen to their concerns and find ways to unite these struggles.

The fight for prisoner rights is intertwined with that of corrections workers. It’s possible (and necessary) to be fundamentally opposed to incarceration and in solidarity with prison workers at the same time. We need to get to a place where we recognize that abuse of one population is inextricably linked to the abuse of the other.