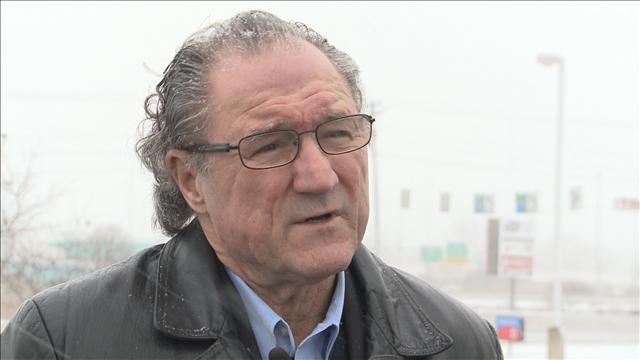 Ohio State Rep. Bob Hagan continues to push Corrections Corporation of America (CCA) for answers about its handling of a recent incident at the for-profit Northeast Ohio Correctional Center (NEOCC) in which 248 prisoners waged a 14-hour nonviolent protest against their treatment and conditions.

After he was denied entry in the hours after the August 12th protest, Hagan was invited back to the prison last Friday for a tour. He was also given the opportunity to evaluate security camera footage and speak with some of the prisoners involved.

“Very difficult for one inmate who made $27 a month to pay $4.50 for a jar of peanut butter and their costs were really just knocking them out,” Hagan said.

The prices are set by Corrections Corporation of America, which operates the prison.

Hagan said prisoners are entitled to basic human rights, and as a member of the committee he has to make sure employees, inmates and people on the outside are treated fairly and protected.

Rep. Hagan was also frustrated with CCA’s failure to notify city officials and the public about the demonstration.

As a member of the Ohio Correctional Institution Inspection Committee (CIIC), which “conducts unannounced inspections of all state correctional facilities for an unvarnished view of current corrections in Ohio,” Hagan is in a unique position to help the inmates, and is so far one of a small few of political leaders in the state to prod CCA about the incident. He’s also one of the only (if not the only) politician to meet with the protesters about their demonstration.

It remains to be seen whether CIIC can or will take any real action against CCA’s indecent treatment of inmates at NEOCC. This is a federal facility, and I’m not sure how much jurisdiction the CIIC has over what goes on there. At the moment, Hagan has only said that he will follow up in December to see if there have been improvements.

But CIIC is taking note of the dangers of prison privatization, and this could be another opportunity for them to advocate reforms. This month, the committee unanimously called for an end to Aramark’s prison contract after food stocks were found to be rotting and contaminated with fly larvae.

In this case, Hagan specifically advocated for ending private food contracts and returning service responsibilities to unionized state employees, noting “Aramark has had months upon months to clean up its act, and yet its dirty kitchens remain a breeding ground for maggots and pose continued health hazards to inmates.” Similarly, CCA’s long track record of alleged abuse and mismanagement in Youngstown indicates an unwillingness to change. Hopefully, CIIC members like Hagan will take a similar position and oppose the renewal of any private contract for this facility.

Ultimately, it will be up to the Federal Bureau of Prisons, not the state of Ohio, to decide whether CCA should continue to operate this institution. This protest should be a major factor in that decision, regardless of whether improvements have been made by December.

If CIIC is truly concerned, the body should raise these issues with the BOP before they renew the contract for the Youngstown facility this coming spring.