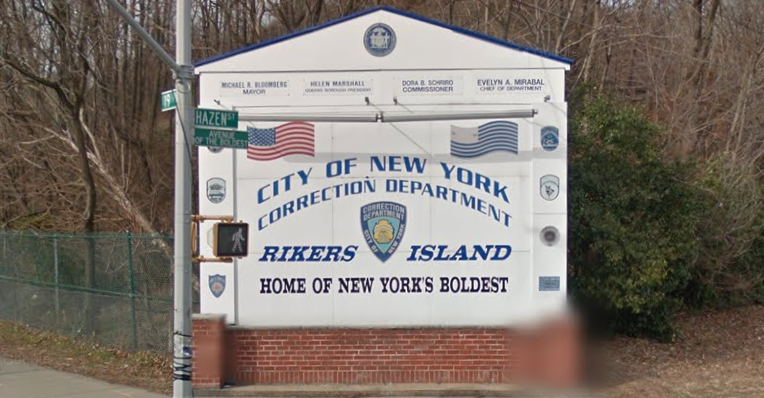 Two new lawsuits, filed by the relatives of deceased Rikers inmates, point to more atrocious conduct by employees of Corizon Health Services, Inc. Yet, despite their growing rap sheet, few have spoken out to demand the DOC end its contract with the troubled for-profit health care contractor.

Rikers has come under increased scrutiny since July, when the New York Times covered the violent conditions facing mentally ill inmates who are routinely brutalized by guards and neglected by Corizon’s medical personnel. The US Attorney’s office for the Southern District of New York also released a report detailing staggering violence by prison staff against juvenile inmates. The Department of Labor fined Corizon $71,000 for failing to protect employees from workplace violence, too.

Around that time, the family of 19-year old Rikers inmate, Andy Henriquez, sued Corizon after he died a slow and agonizing death in an isolation unit from a tear in his aorta. According to the lawsuit, when a doctor finally came to his cell just before his death, he gave Henriquez a prescription for hand cream under the wrong name.

On both sides of the prison walls, Rikers inmates’ calls for help have been met with a resounding and deadly silence. Aside from a weak bill that increases oversight for solitary while doing little-to-nothing to curb its use, there hasn’t been a single, consequential policy change on the island, or much of an effort to hold the DOC accountable for the deplorable conditions they’ve harbored there for so many years. There have been virtually no consequences for the corrections officers who routinely beat juvenile and mentally ill inmates, and no reassessment of its medical programs after Corizon employees repeatedly endangered — and in some cases, killed — the prisoners it was hired to help.

If lawmakers and the public need more disturbing, gruesome stories to understand the need for change, they should read the lawsuits filed on behalf of inmates Bradley Ballard and Carlos Mercado.

Bradley Ballard was a 39 year old mentally ill inmate who was picked up on a parole violation and sent to Rikers.

Ballard was diabetic and suffered from schizophrenia, and he was taking medication for both. One day, he took his shirt off and “began to dance suggestively” in front of a female guard. The guard took offense and Ballard was thrown into isolation as his punishment.

In most cases, inmates held in solitary are supposed to have at least 2-3 hours out of their cells each day, and inmates with mental health needs are only supposed to be confined to isolation for strictly therapeutic reasons, under the supervision of a medical professional.

Ballard was denied all of these basic rights and privileges. Given his illness, his offense did not merit such a harsh, punitive response, and he was almost completely ignored by staff once he was placed on lockdown. He was denied access to adequate food and water, and his medication was withheld. He was locked in his cell from the moment he was placed inside until he died.

Ballard’s fragile condition deteriorated rapidly once he was left alone in solitary. The lawsuit alleges that, as he languished in his cell covered in feces and vomit, corrections officers and medical staff peered through the hand-sized window on his cell, sometimes kicking the door. But no one would ever enter or intervene. They would move on as if nothing unusual was happening.

Despite the smell emanating from Ballard’s cell, and despite the concern of a locksmith who tried to notify guards of his condition, no one intervened until he was just moments from death. Had they stepped into that cell sooner, they might have noticed that Ballard engaged in genital self-mutilation, tying a rubber band so tightly around his penis that the skin became infected and rotted off.

Even after medical personnel arrived, they wasted precious time that could have been used to save his life. They had another inmate take him out of the cell and put him on a gurney, and the medical officials from Corizon wouldn’t touch him because of the filth covering his body.

Ballard’s death was ruled a homicide by the medical examiner. According to the NY Times, “The medical examiner’s office listed the cause of death as diabetic ketoacidosis, a serious diabetic complication, and said “genital ischemia due to binding of genitals” and schizophrenia were contributing conditions.”

In other words, Ballard was killed by the conditions of his confinement, and by the very people who were put there to help him. The causes of his death were directly related to his mistreatment at the hands of prison personnel, and nothing more.

Carlos Mercado was 45 and also diabetic, and had been picked up for heroin possession. It was not his first time in the system, so prison officials ostensibly had a record of his condition and the treatment he needed.

During that first stint in 2007, Mercado received the proper care, but this time, Mercado was locked away for two days without access to his medicine. According to the lawsuit, he repeatedly called out for help but was ignored, even after other prisoners called for help.

Mercado slipped into a diabetic coma. By the time medical staff decided to intervene, it was too late, and he was pronounced dead.

The criminalization of drug use and possession is one of the reasons why our prisons are overflowing today. Mercado did not deserve to be in prison for mere possession, and if he was addicted, he should have been getting treatment somewhere else.

But that’s besides the fact that Carlos Mercado died simply because staff refused to give him his medicine. He, too, was killed by the conditions of his confinement, and by the neglect of the medical staff charged with protecting him.

Tragic lawsuits, fines and government reports have somehow failed to raise an essential question: If Corizon is clearly and continuously failing on the job to the point where people are dying, why is the company still in charge at Rikers?

I struggle to see why this story has moved so slowly and without as much outcry as recent reports of maggots in prison food in Ohio and Michigan. Lawmakers and union members in Ohio are actively calling for an end to Aramark’s food contract. Why aren’t people calling for Corizon’s ouster in the wake of all these awful incidents?

The trouble with health care — and private health care, in particular — at Rikers is not new, and goes back to the 1990’s if not earlier. It has never created the savings the city hoped for, and it has been characterized by cost-cutting and inadequate care since 1997, when Prison Health Services was in charge.

So why continue down this path? The for-profit health care model has so obviously failed at Rikers, yet officials continue to apply minor reforms and fixes to such a massive and entrenched problem. What horrors will it take for the city (and all of us) to get serious about Rikers?