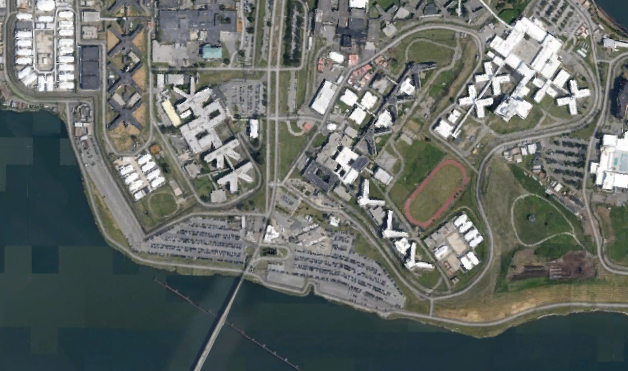 If there was ever any doubt as to whether the DOJ needed to intervene in the clusterfuck on Rikers Island, this story should lay it to rest. The New York Times reports that officials at Rikers (some of whom have since been promoted) underreported violence against juvenile inmates for months and withheld key information about what happened and who was involved from US Attorney Preet Bahrara.

It’s a complex and heartbreaking story that, as the Times writes, “underscores the pervasive dysfunction of the city’s Correction Department.” I highly recommend reading the piece and taking a look at the document comparisons they provide. After reading this, I am convinced that any hope of securing safety and humane treatment for Rikers prisoners is not going to come from NYCDOC, but will have to come from the federal government, instead.

The story goes like this: In 2011, DOC veterans William Clemons and Turhan Gumusdere were appointed warden and deputy of the deeply troubled Robert N. Davoren Center for juvenile inmates on Rikers Island. According to the books, Clemons and Gumusdere appeared to have turned the place around almost instantly:

From April to June 2011, the number of monthly fights reported by the jail decreased by 66 percent. And the number of fights continued to plummet. After just six months, [then-commissioner Dora] Schriro, the commissioner, promoted Mr. Clemons to supervising warden and transferred Mr. Gumusdere to oversee a punitive segregation unit.

They were applauded, rewarded and were promoted to other positions. Gumusdere is now warden of the biggest jail on the island, and Clemons is Chief of Department, which the Times notes is “the top uniformed position.”

But soon after, an inquiry found Clemons and Gumusdere had “abdicated all responsibility” by allowing nearly 400 fights go unnoticed. The number of violent incidents at Davoren was not actually decreasing — the fights just weren’t being reported. DOC investigators recommended that both be demoted in the original draft of their report.

Instead, Shriro removed their names and other crucial details about their delinquency from the report, later telling the Times that “she stood by her decision […] saying that the excluded portions contained confidential disciplinary information.”

The final, watered-down report eventually made its way to the office of the US Attorney for the Southern District of New York, which was preparing its own investigation into violence against juvenile inmates on the island. Thanks to Schriro’s edits, federal officials seemed to have missed what would have otherwise been a major part of their inquiry: that frequent, misleading violence reports were ignored by the warden and his deputy, who then built their careers on the backs of children who went unnoticed as they were beaten to a pulp behind bars.

That federal officials investigating violence against juvenile inmates would not want to know about the ‘confidential disciplinary information’ that directly contributed to that violence defies comprehension.

There’s no way the DOC can fix this on their own. Clemons and Gumusdere are now in influential positions within the department. Schriro, who gave these men awards for their so-called ‘accomplishments’ after scrubbing mentions of their failures from the record, is out of the picture. She was appointed commissioner of the CT Department of Emergency Services and Public Protection.

The best commissioner Ponte can offer is to pursue the wisdom of Enron’s former consulting firm. Mayor de Blasio, who is ultimately in charge of the DOC, appears to be letting the clock run out. Maybe he prefers to have the DOJ do the dirty work since he’s in his first term. Despite his constant progressive flag-waving and poetic “two cities” rhetoric, he may not want to do anything that could open him up to Willie Horton-style attacks for being ‘soft on criminals.’

At the center of this corruption and mismanagement are, of course, vulnerable children and people suffering from mental illnesses who have been horrifically abused at Rikers for years. This isn’t a scandal about some doctored reporting at NYCDOC. This is a scandal about an institution that has completely lost its way.

After the Times report was released, US Attorney Bharara told the Times:

“If, as has been reported, incomplete and inaccurate information has been provided to us, and questionable promotions may have occurred, it does not instill confidence in us that the city will quickly meet its constitutional obligations,” the prosecutor, Preet Bharara, the United States attorney for the Southern District of New York, said.

I couldn’t agree more, and I think the DOJ needs to get involved now, and in a big way. Hopefully this will finally spur them to action.