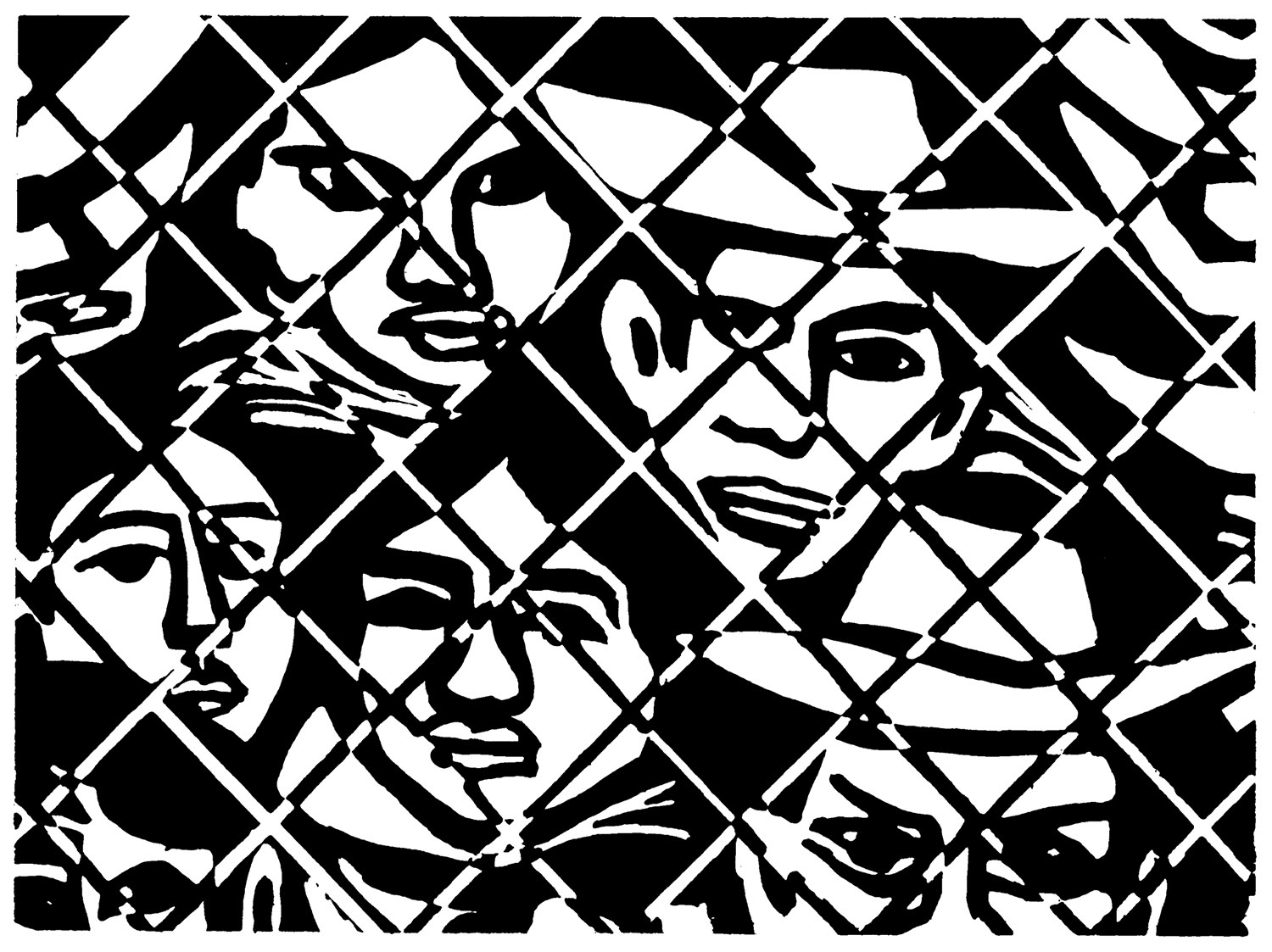 There are far too many stories out there that I want to write about, but I just don’t have the time to fully cover them. So occasionally I’ll be posting a collection of important stories from around the country with some thoughts and notes where appropriate.

Here’s my take on these stories…

Representatives from the Corrections Corporation of America made a rare appearance in Vermont, testifying before the Joint Legislative Corrections Oversight Committee. The told the committee  they have made improvements since a series of violent incidents inside Lee Adjustment Center last year alarmed Vermont officials. However, CCA officials faced sharp questions from lawmakers about their staffing levels and security measures.

What’s most interesting to me is this little tidbit towards the bottom of the story:

Some committee members voiced frustration that they had not been notified by CCA or DOC of that incident. DOC Commissioner Andy Pallito apologized.

Sound familiar? CCA did the same thing when Dominican inmates protested their conditions at the Northeast Ohio Correctional Center in Youngstown a few months ago, and were widely criticized for what appeared to be an attempt to cover up the demonstration. Is silence a company policy at CCA?

Also, it should be mentioned that part of the problem here is that inmates from Vermont are isolated from other inmates in the prison. So even though the prisoners were, as the article says, removed from lockdown and returned to ‘general population,’ that’s still a very small group of prisoners from Vermont. In a weird way, it is basically like small group solitary confinement. Think about being trapped on a desert island with a few other people. This isolation is believed to be one of the reasons for their demonstration.

“When it built and expanded the Aurora Detention Facility, GEO promised to create hundreds of quality jobs in Aurora,” the lawsuit says. “However, GEO unlawfully used detainees to clean, maintain, and operate the facility. GEO pays $1 a day and no wages at all, for their labor.”

Best of luck to the plaintiffs. We should be ashamed by the way we treat immigrants seeking a better life in this country. Especially in Colorado, where immigrants not only make up a big part of communities around the state, but economies as well. Pretty disgraceful way to treat them if you ask me.

For more outrage, see Firefighting felons: Hundreds of inmates battling the Yosemite blaze, wherein NBC informs us that “the benefits include decent pay by prison standards: $1 an hour while fighting fires and $2 a day in the off-season, when inmates do other conservation work.” They often work in 24-hour shifts.

Private company GEO Care, an offshoot and former subsidiary of the for-profit private prison company GEO Group, was given a tentative award to operate the Terrell State Hospital on October 21, 2014.

Does GEO Group see the writing on the wall? As the movement against prison privatization grows and more stories of their mismanagement surface in the press, GEO could be looking to diversify its business trafficking in human misery– away from the corrections industry to torment people seeking healthcare.

And like its prison cousin, GEO Care is heavy on the brutality and neglect, light on the staffing and training. At the hospital it contracts with in Montgomery County, “some of the allegations included ‘unauthorized restraint and seclusion of patients, incomplete medical records, failure to show patient consent for medications and failure to report serious injuries to the state.'”

The Terrell State Hospital is already a deeply troubled institution, and it, too, has an ugly history with the excessive use of restraint:

The hospital came under scrutiny after an April American-Statesman report questioned the death of Ann Simmons, a 62-year-old patient who died in February 2012 after being restrained for 55 hours. Simmons’ death was not investigated by anyone outside the hospital system until the newspaper inquired about the case with the federal Centers for Medicare and Medicaid Services.

All I can say is that, if companies like GEO are good at anything, it’s making a struggling institution a whole lot worse. What could possibly go wrong?

Meanwhile, in Ohio, modest progress is being made to reform prison food service in the wake of the Aramark scandals.

A prisons inspection committee is recommending a broader menu and more attention to inmates’ medical concerns at a privately run federal facility in northeastern Ohio.

Still no word on severing their contract with Aramark, though. At least Ohio is doing better than Michigan, which hasn’t done much to confront it’s own Aramark scandal besides making it more difficult for the public to participate in the investigation and outcomes.

Pope Francis has branded life-long prison terms “a hidden death sentence” in an attack on “penal populism” that included severe criticism of countries that facilitate torture.

In a wide-ranging speech to a delegation from the International Association of Penal Law, the pontiff said believers should oppose life-long incarceration as strongly as the use of capital punishment.

The absolute best, though, is what the Pope has to say about our use of prisons for punishment for almost every crime:

“In recent decades a belief has spread that through public punishment the most diverse social problems can be resolved, as if different diseases could all be cured by the same medicine.”

Each argues that Madison County withholds the most basic medical care in order to save money, banking on the insurance of the medical contractor to cover any resulting lawsuits.

Madison County uses a private healthcare provider in its facility. One of the reasons why private prison healthcare companies manage to win contracts despite reports of horrific abuses is because they enjoy immense obscurity; most people don’t even know that prisons outsource their healthcare to begin with.

Corizon may be the biggest (and most dastardly) private healthcare prison contractor out there, but there are many others. Keep an eye out for Advanced Correctional Healthcare, which is the company involved in this story. I hope to expand my coverage on this topic soon to focus on other companies like this one.

A massive new detention facility would harm immigrant women and children and reverse administration policy on family detentions, according to a letter sent Thursday by a group of leading Senate Democrats to the Department of Homeland Security.

The letter says the senators, including Patrick Leahy (D-VT), Harry Reid (D-NV), Patty Murray (D-WA), and others, are “deeply concerned” by plans to build a massive, 2,400-bed new detention facility in Dilley, Texas, designed to hold women and children as their cases move through the immigration court system.

As much as I respect the work of prison reform advocates working on behalf of immigrant detainees, I do think this is one of the places where the failures of a ‘prison reform’ movement — and the urgent need for a prison abolition movement — are most glaringly obvious.

Before, advocates argued that immigrant detention centers were cruel because they tore families apart. They were absolutely right about that.

But the response of the incarcerationists was to create facilities that locked up children right alongside their parents.

While I don’t believe this was the outcome reformers hoped for, it is nonetheless a sterling example of the shortcomings of trying to change an institution that is as fundamentally destructive as the prison.

Virginia’s prison system faces a $45 million shortfall in inmate health care through next year, even as the corrections department bears the brunt of the latest round of cuts in the two-year state budget.

The shortfall emerged this year after a private company that had provided health care to inmates at 17 prisons in hard-to-serve areas ended its contract with the state at the end of September, according to Department of Corrections Director Harold W. Clarke in a presentation Monday to the House Appropriations Committee.

That company would be the one and only Corizon Health Services, inc., which “[ended] the contract it reached last year with the state to provide care at 17 correctional facilities in areas where medical professionals are hard to recruit and retain. It gave a 120-day notice of the decision to end the contract, which had lowered the health care cost at the facilities by $15 million a year.”

On Monday, prosecutors there charged a ten-year old boy as an adult for the murder of an elderly woman under the care of his grandfather—making him one of the youngest Americans ever to face a criminal homicide conviction.

“Social science has taught us that kids who are this young are not criminals in the same way that adults are. He has to be held accountable, yes, but in a developmentally appropriate way,” [said Marsha Levick, the Juvenile Law Center’s deputy director and chief counsel.]

I have nothing to add to this miserable story other than it’s a vivid example of the violence our country regularly commits towards children by sentencing them — even those as young as 10 years old — as adult criminals.

Levick puts it perfectly — kids are not criminals in the same way that adults are. That does not mean that children that murder should not be held accountable, but it does mean that locking them away for decades is draconian to say the least.