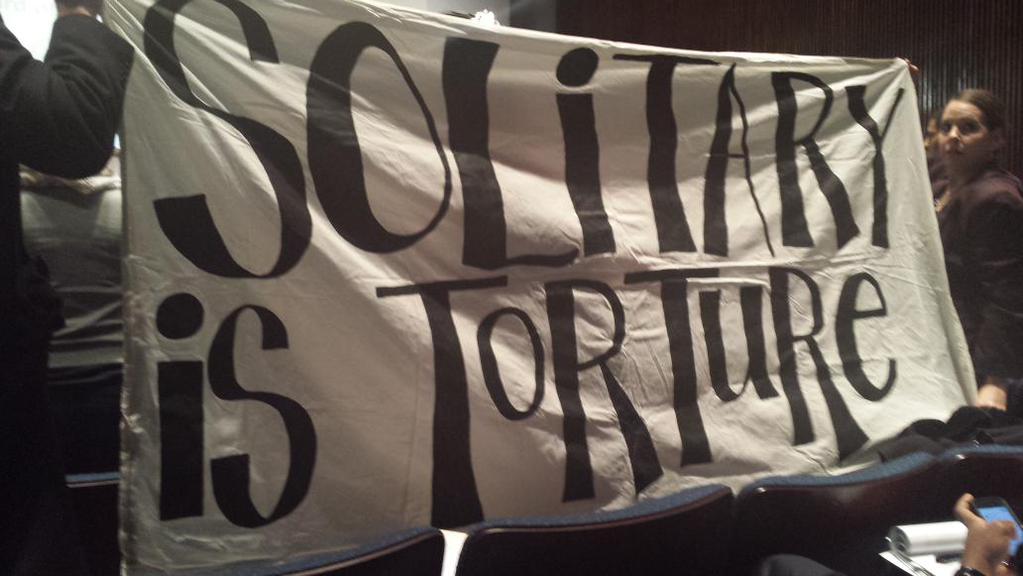 Would NYC’s new rules for solitary confinement have saved the life of 19-year-old Andy Henriquez?

Henriquez was brought to Rikers Island when he was only 16. Three years later, he was still awaiting trial when he was placed in isolation. Henriquez had complained of chest pains for seven months before being thrown in ‘the bing,’ but no one at the prison took him seriously.

Health and correction staff ignored Henriquez’ increasingly-dire calls for help, to the point where other inmates on his block began shouting for someone to save him. But no one ever did. Henriquez suffered alone and in extreme pain, given only a prescription for hand cream under the wrong name, until he eventually died from a tear in his aorta.

The question of whether things might have turned out differently for Henriquez stood out in my mind on Tuesday as all 7 members of NYC’s Board of Correction (BOC) voted to adopt changes to the city’s solitary confinement policy.

The amendments featured an end to solitary confinement for all 18 to 21 year old inmates by 2016, “provided that sufficient resources are made available to the Department for necessary staffing and implementation of necessary alternative programming.” Effective immediately, solitary confinement will no longer be used for 16 and 17 year old inmates, those suffering from ‘serious mental illness,’ or those with owed-time.

The amendments also pave the way for the construction of a controversial new isolation area on Rikers Island called the ‘Enhanced Supervision Housing unit,’ or the ESHU, which will cost $14.8 million, introduce 250 new isolation beds to the island and have its own specially-trained, full time staff.

devils in the details

The BOC ended up adopting a policy that was different than what it had originally proposed. The first version of the amendment, debuted during a tense public hearing in December, did not require a one-year grace period or the approval of funding to be enacted. Instead, it provided for the solitary confinement of only those 18-21 year old inmates that had been accused of committing Grade I infractions. It was therefore more of a restriction on solitary than an outright ban for juvenile inmates.

But this new requirement delaying the rule change until 2016 while ‘sufficient funding’ is approved and ‘alternative programs’ are developed is cruel and unnecessary. The BOC could have just ended solitary for these inmates right then and there, as they did for 16 and 17 year olds. Instead, they’ve built a trigger into the process that threatens to overturn the amendment altogether. It is not difficult to imagine the corrections union taking advantage of the extra time and the addition of an approval process to block or delay its implementation, which they strongly oppose.

Similarly, while COBA’s Norman Seabrook may not be satisfied with the restrictions imposed on using the ESHU, it’s hard to see the new unit as anything but a nod to the power of the union he represents. And he really has nothing to complain about: the restrictions are riddled with loopholes ripe for abuse by corrections officers, and with its own dedicated staff and funding, there is little doubt in my mind that these beds will find a way to be filled.

Prisoners with mental or physical health problems might also find themselves slipping through the cracks and winding up in the ESHU thanks to the important role in the process given to Corizon Health Services.

Corizon will decide — without any input or guidance from the city — who is mentally or physically ‘fit’ for isolation. The same ‘medical professionals’ that did little more than kick the door and peer through the window as mentally ill prisoner Bradley Ballard died in squalor after 7 days in isolation without food, water or medical attention, will be the same ‘medical professionals’ overseeing the health and wellness of prisoners in Rikers’ new multi-million dollar super-secure isolation unit. The same health care workers who ignored 7 months of complaints about chest pains from Andy Henriquez, that couldn’t even get his name right and inexplicably gave him hand cream for a torn aorta, will oversee the stream of inmates heading into the ESHU.

So in case you weren’t keeping score, that means NYC’s plan to curb solitary confinement includes:

Would Henriquez have lived if those policies had been in place in 2013? Sadly, I cannot see how he — or the scores of dead and maimed inmates like him — would have been protected from his tragic fate.

new york is not a model, but it could have been

There are 14,000 people imprisoned on Rikers Island. 85% of them are pretrial detainees like Henriquez, who have yet to be convicted of a crime. 40% of them suffer from diagnosed mental illness, like Bradley Ballard. Hundreds of them are teenagers.

It’s safe to say most, if not all, of Rikers prisoners have nothing to gain from being locked in cages and marooned on an island in east river. But the urgency of their situation is lost on the BOC, which has chosen with these amendments to tinker with, rather than replace, a system designed to be harmful.

Instead, the introduction of ‘alternative programming,’ the ESHU and ‘specialized mental health care units‘ signal that NYC is looking to keep its facilities full, especially with children and the mentally ill. Every speech, task force report and reform document coming from the city waxes poetic about the plight facing Rikers prisoners, but there has been depressingly little actual movement towards getting people out of there and into programs and environments that will help, not harm, them.

The BOC’s new amendments are barely a tacit acknowledgement of the problems advocates have sought to highlight at Rikers for years. They are instead a concession to the powerful officers union and the ‘culture of brutality’ it fostered on the island. The union knows its jobs and membership depend on stoking fears among the public that they’re protecting us from the unthinkably dangerous mutant super predators they keep watch over at Rikers. The ESHU exists because the union has succeeded in arguing there are people that deserve to be there; that there are people worthy of all the torment and subhuman treatment the ESHU is designed to dispense.

Until that myth is abolished, city law enforcement officials will have free reign to sanitize and refine these brutal institutions, and these badly outdated systems of ‘justice’ will never be replaced.