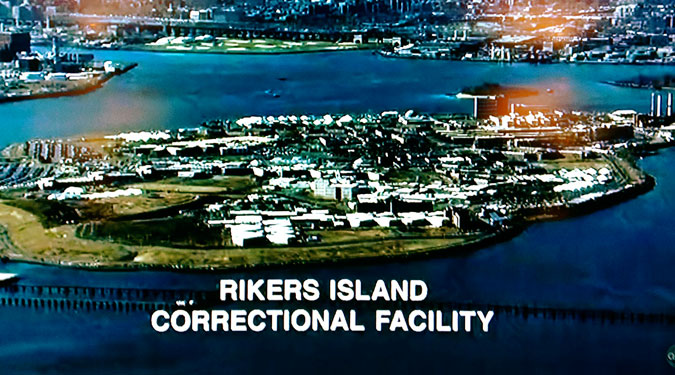 On February 11th, the Associated Press reported that the mother of deceased Rikers Island inmate Quannell Offley was suing New York City for her son’s wrongful death. The lawsuit is one of many facing the city over Rikers Island and comes after months of reports detailing abuse and neglect by the city’s prison staff.

According to the lawsuit, Offley told prison guards on multiple occasions that he wanted to kill himself after being placed in solitary confinement. His final threat was met by a guard who said, “If you have the balls, go ahead and do it.” He was later found hanging from a bed sheet attached to an air vent in his cell.

Offley’s suicide came just a few weeks after Bradley Ballard, a schizophrenic and diabetic prisoner, also died in a solitary unit at Rikers. Ballard was locked in isolation for 7 days straight without water, exercise, shower, therapy or medication, and was eventually found unconscious on the floor, covered in feces and urine with a rubber band tied tightly around his badly-infected penis. When clinical staff finally arrived, just moments before Ballard’s death, the doctor refused to even touch him or enter his cell. In what would be the last of several severe violations of Ballard’s civil rights, the doctor instructed inmate workers to wrap his filthy, dying body in a bed sheet and remove him.

According to the New York Codes, Rules and Regulations, “A qualified medical practitioner […] is required to visit the SHU once in every 24-hour period to examine into the state of health of the inmates confined in such unit.” But security camera footage of the SHU where Ballard was confined showed medical staff skipping rounds or speaking with prisoners for little more than a minute at a time. Having been in isolation around the same time as Ballard at Rikers, Offley appears to have experienced similar neglect by medical staff in the unit.

Since the deaths of Offley and Ballard, the city has made some strides towards reforming its corrections officers, who obviously share the blame in this death; Mayor de Blasio says hiring reforms are underway, and provided for them in his recently-released preliminary budget. But as for the medical staff’s dereliction of duty, stale rumors of severing Corizon’s contract with the city are the closest we’ve come to accountability.

This is critically important because the “reforms” that have come in the wake of these deaths include the construction of a $15 million new super-solitary unit, known as the ESHU, and more stringent policies around isolation. Under these new rules, adopted by the Board of Correction last month, Corizon will screen inmates and determine if they are mentally and physically ‘fit’ for confinement in the ESHU.

That means that even though Offley, Ballard and many others died because Corizon staff did not follow medical protocols that were already in place for the SHU, the city will not only leave its contract untouched but entrust these same people with even greater responsibility in a totally new solitary unit.

Over 40% of Rikers inmates have diagnosed mental illness, and Offley and Ballard are just two of far too many people who have been maimed or killed by the prison’s pathetic delivery of medical care. Corizon has lied to families of deceased Rikers inmates, and is under scrutiny in other states for similar misconduct.

How many more reasons will the city need before it is willing to re-assess its relationship with Corizon and take prisoners out of harms way?