On September 29th, the New York Times reported that the New York City Department of Corrections was eliminating solitary confinement for 16 and 17-year-old inmates at Rikers.

The department claimed it would be the “first round of changes” and “solitary confinement [would] be replaced by ‘alternative options, intermediate consequences for misbehavior and steps designed to pre-empt incidents from occurring.'”

While it’s fantastic news that these young inmates will no longer be subject to punitive segregation, the 16-17 year old age group at Rikers is a small portion of the population; only 300 of the 11,000 prisoners in the city’s jails would qualify for such leniency. The NYCDOC says there are 51 youths in solitary right now, but it’s unclear how many would see relief from this policy change.

It’s also great to hear the NYCDOC plans to replace solitary with ‘alternative options, intermediate consequences […] and steps designed to pre-empt incidents,’ however vague that may be. If it reduces the use of solitary confinement, it can’t hurt.

But I think it all misses the point: is there reason to believe that Rikers is the right environment for young people? According to the Times, one member of the Board of Corrections, Bryanne Hamill, doesn’t think so, and neither does city council member Elizabeth Crowley, who oversees city jails:

“The facilities on Rikers are not suitable for holding and supervising adolescents,” she said in a statement. “And exposing young offenders to the culture of violence that exists on the Island — especially during their formative years — can have detrimental lifelong effects.”

I personally don’t believe young people belong in any prison setting, but that’s a topic for another post.

There are, additionally, two DOC talking points mentioned in the report that deserve special scrutiny. The first is the announcement that more guards will be added to the juvenile unit. The second is the claim that the number of violent incidents dropped considerably since April.

There is a massive trust deficit that exists (or should exist) between the NYCDOC and the public. Guard-on-inmate violence was the basis of the ‘deep seated culture of violence‘ the Department of Justice found on the island. There needs to be a better articulation of how the situation will improve by adding more guards to the mix.

The NYCDOC’s bookkeeping is also suspect given recent reports that staff were permitted to fabricate numbers on juvenile jail fights. Some officials used the underreported numbers to win lofty promotions and awards. These facts make it hard to take the DOC at their word without some kind of external, third party verification. 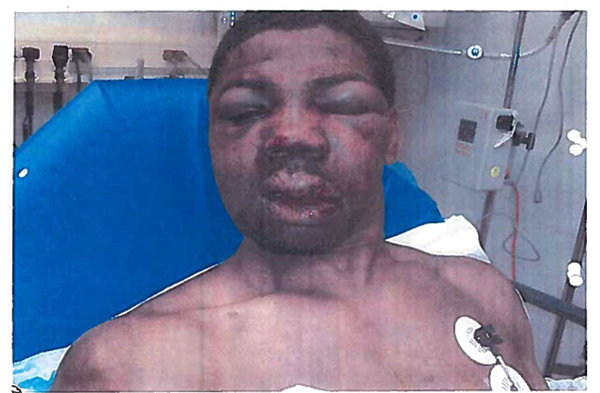 One of the many prisoners to fall victim to the extreme and unaccountable officer-on-inmate violence at Rikers was a mentally ill man named Robert Hinton.

According to the Times, “five Rikers Island guards and a captain hogtied Robert Hinton, cuffing his hands behind his back and shackling his ankles, then carried him face down, by his arms and legs, into a solitary confinement cell.”

What happened next is unclear, but Hinton’s eyes were swollen shut when the guards were finished with him. His nose was broken, he had a fractured vertebra and was bleeding from the mouth. Those involved made false statements about the incident.

Thanks to the profound code of silence adhered to by guards on the island, inmates like Hinton would not normally see their abusers brought to justice. But the pressure of the publics’ outrage and likely panic over the possibility of a federal investigation is visibly washing over the department:

…In a highly unusual legal decision published on Monday, Tynia Richard, an administrative law judge, wrote that the six officers had lied about what had happened; that Mr. Hinton had been handcuffed during the entire episode, and that because such “brazen misconduct” must be put to an end, she was recommending the most severe sanction available: termination of employment for all six.

This news would be commendable if it were more than a recommendation, and if it was the first of many firings and resignations at Rikers and the Department of Corrections. One hopes the scrutiny will motivate Commissioner Ponte to do more than offer suspensions, as has been done in the past and without impact.

The judge’s recommendations also make clear how far we have to go for fair and reasonable justice on the island. Two whole years passed between the time of the incident and this ruling, which means Hinton spent two years living under the watch and control of the very same people who nearly killed him.

In fact, just 8 months after Hinton’s beating, in the exact same building, one of his assailants, Captain Budnarine Behari, was among a group of officers that “handcuffed two inmates to a gurney, wheeled them into a clinic examination room unequipped with security cameras, and according to witnesses, beat the men so severely that their blood splattered over the walls, as the medical staff begged them to stop.”

The problem at Rikers is not so much that justice, when served, takes a long time (although that certainly is a problem). The real problem is that it is so rarely served at all. Given its long history of excusing CO violence against inmates, the DOC’s hiring and management practices should be closely examined.

Inmate abuse at Rikers is so pervasive it cannot be blamed on a few bad employees, but rather a systemic disregard for the humanity of prisoners. Nowhere is this more obvious to me than the DOC’s repeated outsourcing of critical health services to a private company known for abuse and mismanagement.

Rikers contracts with Corizon Health Services, an embattled prison health care provider that has overseen the unnecessary death of several inmates during its tenure at on the island. Some of those who died were mentally ill or suffering from treatable chronic diseases like diabetes, and many were denied basic access to food, water and medicine.

Corizon’s near-total abdication of responsibility is most recently illustrated by the arrest of their employee, Jeffrey Taylor. Taylor is a 48 year old nurse who allegedly “smuggled alcohol, tobacco, and a narcotic to inmates at the jail, the city’s Department of Investigation announced Wednesday.” He is alleged to have made over $2,000 selling contraband to inmates.

The DOC’s concomitant failure to enforce a bare-minimum of oversight or accountability over contracted workers speaks to their lack of value for prisoners’ livelihood and wellbeing. Like firing a few guards and slightly restricting the use of solitary, the department’s choice to fire Taylor amounts to an underwhelming nod in the right direction — one that seems more focused on convincing the federal government and public that intervention is not necessary.

These problems are so woven into the identity of Rikers, however, that it’s hard to believe a few policy changes will make a meaningful difference. 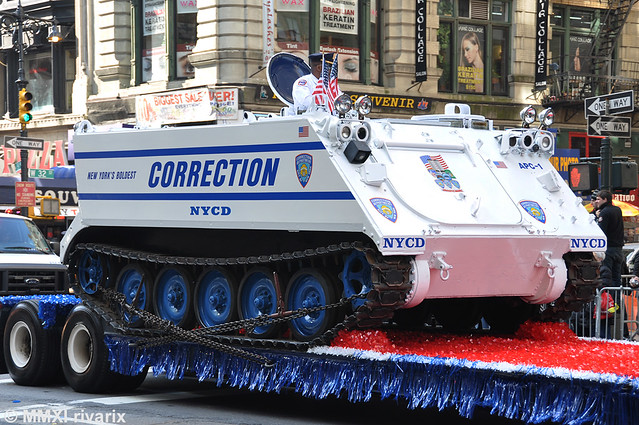 Rikers reputation of mayhem, extreme violence, hopelessness and misery is practically legendary to those who live near or have heard of the prison. It’s been a part of pop culture for decades, whether it’s in movies or TV shows, or this song by Kool G Rap from 1990.

Considering the magnitude of the challenge before them, the NYCDOC’s response represents a bare minimum effort. The department’s leadership has resorted to throwing low-level staff under the bus, making some light policy changes and earnestly promising to do better — all while keeping the status quo largely in place.

This is not reform, it’s disaster management, and it explains why the NYC DOC chose to hire a corporate consulting firm for $1.7 million with no relevant experience in the so-called “corrections” field or industry, to draft its “reform plan.”

I don’t know what exactly U.S. Attorney Preet Bharara will do if he does choose to intervene at Rikers, but I’m beginning to think the facility should just be closed entirely. At the very least, can we agree that the thousands of young and mentally ill prisoners languishing there deserve a whole lot better, and merely tinkering with the prison won’t be enough to help them?

Could this be New York’s opportunity to finally address its deeply corrupt and dangerous criminal justice system? That includes the NYPD. Even after Mayor de Blasio swore off the use of stop-and-frisks, the city cops still stopped people 27,527 times in the first half of this year alone. 82% were innocent, 53% were black and 28% were latino. In just the first half of this year.

New York City has a long-simmering criminal justice crisis that can no longer be ignored, and it will take a lot more than cosmetic changes to end the abuses taking place across the city’s criminal justice system. The NYCDOC is too much a part of the problem to be part of the solution.